Aleksei Obrosov was born in Saint-Petersburg, Russia. He finished his B.Sc and M.Sc degrees in material science and engineering with the focus on metallurgy and welding technologies in Peter the Great St.Petersburg Polytechnic University (SPbPU) in Russia. During his study worked as scientific assistance in Peter the Great St.Petersburg Polytechnic University (SPbPU) with the major in finish plasma-strengthening. In 2012 he has started a part of double master degree at Brandenburg University of Technology Cottbus-Senftenberg in Germany (in collaboration with SPbPU, Russia) and finished both degrees in 2013. During his study he was granted with various scholarships for an outstanding progress in studies, including prestigious personal presidential scholarship in 2011-2013. Starting from 2013 has worked on different coating systems as a PhD student and since 2017 achieved the group leader position at the Brandenburg University of Technology Cottbus-Senftenberg, working on magnetron sputtering of diverse thin films. He has been publishing in different peer-reviewed journals and presented his research results during highly recognized scientific conferences, such as ICMCTF, Thin films.
Since 2018 is a member of European Society of Thin Films. 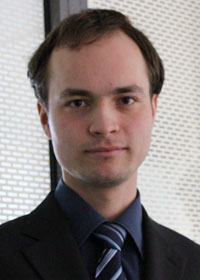